The first export gate of the sector, Marble Izmir Fair is ready for 2022

Izmir fair organization, with the task and responsibility it has taken from its history, has established a fair area of Turkey with international standards, which is the pride of the city today. Marble Izmir, which has left its quarter-century-old age behind, is the source of power and inspiration for this success story.

The sector grew the fair, the fair grew the sector
The Fair, which has reached 1,100 exhibitors from 47 exhibitors, and 77 thousand visitors from 4 thousand visitors in 25 years, contributes to closing the foreign trade deficit of the country. The sector and the Marble Izmir Fair have reached these figures together in 26 years. With Marble Izmir, which is the lifeblood of Turkey’s natural stone exports, the sector expanded the Fair, and the Fair also expanded the sector. The Fair, which was brought to this day with great devotion, will represent Turkey’s power in the world natural stone trade in 2022, as it does every year. There is an extraordinary agenda going on around the world. This agenda deeply affects the country’s economy as well as the sector and the Fair. The most efficient way out of these difficult days is to create a common mind and increase trade. The Marble Izmir Fair will be a great trade opportunity for the sector during this period.

The countdown to March 30 has begun!
The countdown has begun for the 27th Marble Izmir Fair. Marble Izmir is excited to open at FuarIzmir from 30 March to 2 April. With the acceleration of the vaccination processes in Turkey, visitors from many parts of the world are expected to come to the Fair. All of the buyers registered in previous years within the scope of the Hosted Buyer program stated that  they will attend the Fair if the pandemic conditions allow it. The fair is getting ready to bring dynamism to the sector again by stepping up with events such as the World Stone Summit and the Different Design Competition.

Safe fair organization
FuarIzmir, which has the Turkish Standards Institute (TSE) Covid-19 Safe Service Certificate dated March 2021, will host the natural stone industry this year with the area arrangement and applications in accordance with the pandemic conditions. While the fairs that are the apple of the eye of Izmir have contributed greatly to the economy, they also drew attention with their high-level health measures against the global epidemic, the coronavirus. In the area created at the entrance of Hall A, visitors had the opportunity to take a coronavirus test. There has been a great interest in coronavirus tests performed with PCR and Antigen options according to the health protocols of different countries. While many guests who took the test with their personal demands, apart from the necessity of travel, encountered refreshing results, it was also revealed how meticulously the fairs are organized against the global epidemic. 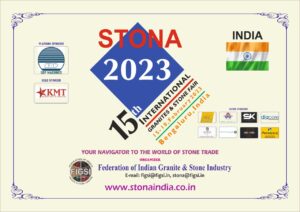