Turkish natural sector realized 1.767.890.327 dollars worth of export during the 11-month period of 2018. The sector, which has been deeply affected by 17.42 % decline in natural stone imports by Chinese companies, lost 6.35 percent value compared to the previous year.

Last year, by looking at the export figures between January-November, we had titled the last article in our last issue of the year “A Happy Goodbye to 2017”. Natural stone purchases by the leading block purchasers had been increased seriously. Block marble exports to China had increased by 31.23 % and to India by % 61,35. Turkey’s processed marble exports to U.S.A. had been increased by % 1,85. The overall export figure was $ 1.888.712.221. The total value increase was % 13.99.

Let us come to 2018 … Many names in the sector have been mentioning about reducing export figures in almost every platform. The latest January-November natural stone export figures show that the sector is going through a painful period. Looking at the overall figures, we realize that the loss in natural stone exports is % 6.35. We will see if the sector will be able to reach its 2 billion dollar export target in 2018 in our next issue.

Note: It is important to be assertive in exports and to be permanent in the market. So how do we achieve this?

Following new trends and not lagging behind the change.

Not being dependent on a single market

Not to increase production solely but the quality

Focusing on increasing value, not the quantity 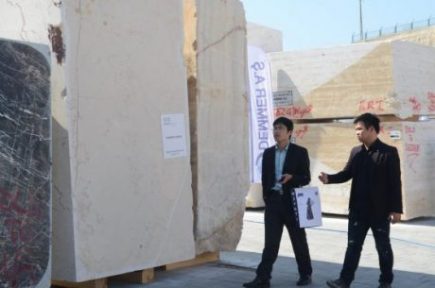 What is going on in the block market?

Will the Rising Trends in India Continue?

Although India is not as a big natural stone buyer as China, it is the biggest block buyer from Turkey’s after China. When we look at the latest trade figures, we see a promising mobility in this market. In the first 11 months of the previous year, 75,397,071 dollars worth of natural stone were sold to India. This year, compared to the same period of last year, there was 6.58% increase in the figures. Turkish natural stone sector gained 80,355,681 dollars in return of 406 415 668 kilos natural stone export to India.

The latest situations in the processed natural stone market

When we look at the export activities in the North, Central and Southern Americas, we see two different situations. While the processed natural stone exports to U.S.A increased by % 2, 84, it decreased by 7, 52 in Canadian market. As we look at the overall sum, we see that the total natural stone trade revenue from North America increased by 1.85% to US $ 302.826.171. This same figure was 297.325.596 dollars in January-November period of 2017. Natural stone exports to Central and South American countries, including Mexico, Argentina and Brazil, fell by 2.64 % compared to a previous year.

In the Middle East market, where we sell the highest amount of processed natural stone products after America, there is 3.24 % increase in natural stone import volume.  The total export revenue from Near East, Middle East and Asia markets was 298,127,445 US dollars in the January-November period of 2017. This figure increased to 307.787.550 dollars in the same period of 2018. Saudi Arabia is the leading purchaser of Turkish natural stones amongst Near-Middle Eastern countries.  However, when we look at the overall amount of natural stone exports to this country, it is seen that there has been a decline of 2.63 %. The total value of natural stone exports to Saudi Arabia from Turkey is 85.895.563 dollars. The figures tell us that there has been a 4.10 percent decline compared to the last year. On the contrary, there has been 25.26 percent increase in processed travertine exports in this market. The total value of processed travertine that Saudi Arabia purchased from Turkey, which was 6.040.029 U.S.D. last year increased to 7.565.955 U.S.D. in 2018.

Natural stone exports to EU countries have increased by 2.94 percent. France, Germany, Italy and England are the leading natural stone buying countries in Europe. While exports to France and Germany increased by % 7.48 and % 15.87 respectively, adversely, exports to Italy and United Kingdom decreased by % 36.42 and % 36.42 respectively.  When we look at the total amount of exports to European Union countries, the total gain is 166.758.158 USD. This same figure was $ 161.989.678 in January-November period of the last year. As Turkey increased natural stone sales to the member states of the European Union, exports to non-member countries decreased by 25.69 %. Exports, which were 39.150.774 dollars in the January-November period of 2018, decreased to 29.091.331 Dollars in the same period of this year.

The head of İMİB Board of Directors, Aydın Dinçer, gave an interview to Turkish Stone World Magazine:

”We Aim to Expand Markets for Natural Stone Trade! ..“

Exporters’ Association is trying to keep the market in equilibrium by organizing sectoral foreign trade trips one after another, in order to achieve a balanced situation in the export market. We interviewed with Aydın Dinçer, the Chairman of the Executive Board of İMİB, who said that İMİB carries out researches in order to expand and stabilize the target markets. Dinçer stated that the Association is organizing Foreign Trade Delegations to these high potential countries.

Market Risk should not depend on a few countries!

Dinçer said: “As we consider our natural stone export in two main product groups; our block export depends on two, while our processed marble export depends on a single country. Our natural stone export had gone through a mass downfall after the mortgage crisis of the States in the past. Today, due the shrinkage in China, the leading market in our block trade, our block export decreased by % 17 between January-November. We aim to expand our target markets through having access to other countries. We aim to eliminate the market risks by increasing the number of countries we export natural stone through sectoral trips, fair participations, B2B meetings and trade delegations. Our export goal is not to leave our market risk to the fluctuation created by inconsistent purchases of a few countries. We want to expand our target markets in a structure that is not affected as much as possible from the negative conditions experienced in the countries where we export natural stone.” 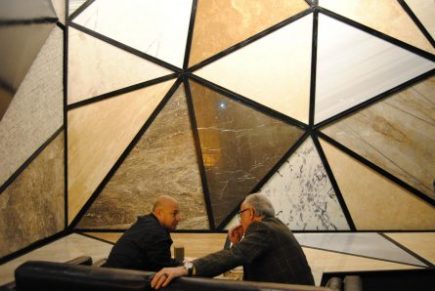 Dinçer emphasizing the success of the trade delegation organizations held in the UK, India, China, Malaysia, Indonesia and Canada, which are determined as the new target markets at scope, said: “The companies that participated the delegation trips has successful business meetings. We would like to carry out trade delegations to 15-20 countries in 2019 and will continue our activities in this direction. We will organize sectoral trade delegations to India 3 times a year. Companies, who are interested in the relevant target markets, will be able to participate to maximum one of these delegation visits during the year. Sectoral trade delegations will be held at countries that are interested in buying blocks and processed materials. Those who will participate in these said organizations will benefit the incentives to be issued by the Ministry.” Dinçer claimed that, on the condition that exporter companies realize their exports via İMİB, they will be able to benefit the extra % 30 support to be issued by İMİB as well.

Turkish Natural Store Sector will Recover its Loss Incurred in the Chinese Market in India, USA and the Middle East

Turkish natural stone sector is getting prepared to recover its loss incurred due to the economic shrinkage in China, via focusing in the Middle East, India and the US markets in 2019. Aegean Mineral Exporters Association (EMİB), organized a sectoral trade delegation to Middle East simultaneously with the Dubai BIG 5 SHOW 2018 Fair held between November 26-29 in Dubai. EMİB President Mevlüt Kaya, stating that Turkey’s natural stone export to the Middle Eastern Countries have been increased, in spite of the decline in its overall natural stone export in January-November 2018 period, said: “We held a successful trade delegation organization in Dubai and Muscat, with the aim of increasing the power of Turkish Natural stone sector in the Middle Eastern Market and to increase the share of processed natural stone export. We believe that we will be able to collect the fruits of this Sectoral Trade Delegation in 2019.”

President Kaya continued saying: “After the trade delegation organization held in the Middle East market, we will hold sectoral Trade Delegation Organizations to India and the United States. We will be organizing new delegations to San Francisco-Las Vegas in the United States on January 15 – 20, 2019. As part of the trade wars US started against China, the country applied 25 percent additional tax on natural stone imports from China. This will increase our competitiveness in the US market. We believe that we can increase our exports to the USA. Immediately after the Sectoral Trade Delegation for the USA, we will hold a Sectoral Trade Delegation to Jaiupur, India on January 30 – February 4, 2019. We aim to increase our market diversity through these organizations.”

Turkish Exporters will focus on the Middle East

Turkish Exporters will focus on the Middle East

Create a wave form on the surface of stones!