The “Mineral Sector Award Ceremony and the Sectoral Vision Meeting”, which is organized by Istanbul Mineral Exporters Association (İMİB) for the first time this year, with the contributions of the Ministry of Commerce and the Ministry of Energy and Natural Resources, was held on 3 January 2019 at the Swissotel The Bosphorus Hotel, Istanbul. Within the framework of the meeting in which the future vision of the sector was discussed as well as the ways of creating and disseminating the sustainable mining sector culture in Turkey, sectoral representatives from 13 different categories were presented awards. 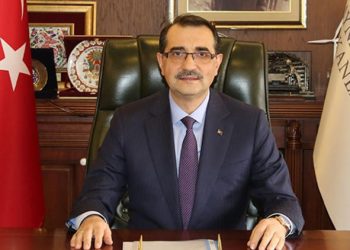 In the meeting, to which the Minister of Energy and Natural Resources Fatih Dönmez connected via video call, Mithat Cansız, The Deputy Minister of Energy and Natural Resources, İsmail Gülle, the President of Tim, Aydın Dinçer, the President of İMİB and Dr. Dirk Matten Toronto York University and many sector representatives were among the participants.

Dincer: We Need Incentives for Production

IMIB President Aydin Dinçer, during his opening speech said: “In 2018, we reached 4.5 billion dollars value in exports. We are working to serve in all the fields that human being needs service with our “mineral for people” motto. With the cooperation of the Ministry of Energy and Natural Resources, we carry out studies on the importance of mining as well as the financial structure and sustainable mining. We are well aware of the importance of production for export as the necessity of incentives for production. We have to work hard in 2019 and the following years in order to reach the targets of 2023. On the other hand, we advocate the necessity of creating the mining law together with the sector. Quarries are as much important as the industrial organizations for Turkey’s economy. For this reason, investments in sustainable mining should be realized and state incentives should be increased accordingly.”

“We have removed the bureaucratic processes“

The Minister of Energy and Natural Resources, Fatih Dönmez, who connected to the organization through a video call, stated that they eliminated the bureaucratic processes that caused the deceleration of operations in the mining sector. He said: “Our e-Mineral project would be opened to the use of the sector with all its features. This e-mineral portal will enable the users to complete all the procedures online. With the National Mining Resource and Reserve Reporting Commission (UMREK) established in 2017, it is possible to make reporting in mines with a valid code. This development would help the mineral sector in financing. 8 thousand license fields were audited in 2018 for “safe mining”. The number of audited mineral sites will be increased to 14 thousand until 2023.”

“We contribute to the development of the sector“

Mithat Cansız, the Deputy Minister of Energy and Natural Resources, stated that 75 percent of the works and transactions carried out with the approval of the General Manager were transferred to the sub-units and a significant improvement was achieved in terms of the speed of services. Cansız said: “We aim to increase the speed quality and transparency of services and transactions via E-mineral project. More than 700 works and transactions related to the licensing law will be transferred to electronic media and 95 percent of the software work is completed. The mineral sites, which did not get any bid although they were opened to tender fort he first time, were made open to the application and the obligation for EIA report for the searching activities on these fields were removed.”

TIM President İsmail Gülle said that production and exporting are the most valuable factors for a country and stated that the sector had a successful year in terms of exports in 2018. Gülle further stated that they will be working for the sector in full capacity in 2019 and walking towards the  2023 goals with confidence.

In the Mining Sector Award Ceremony, 38 companies in 13 different categories were presented awards. From the natural stone sector, Alimoğlu Marble won a prize in the “Security” category, while Silkar Mining received “The company employing the highest number of women” award. 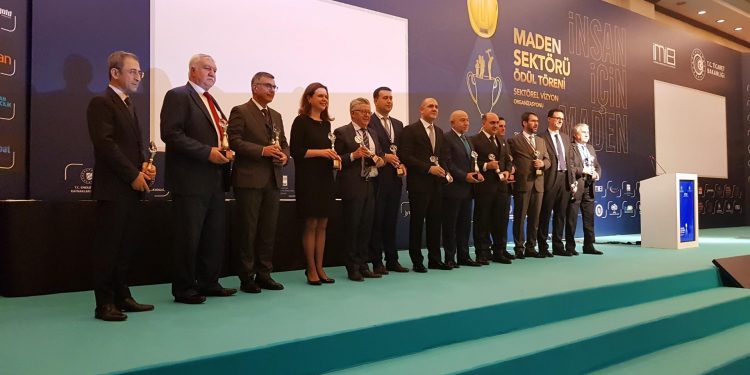 Hakan Karaaslan, the owner of Focus Mining: ”Service is not Limited to Sales“

Zimek makes the difference with the Prime 2200